Keep in touch!
We`ll send you an email when this product is back in stock.

Full contents of THE MONKEES - THE COMPLETE SERIES on Blu-ray revealed!

1. All 58 episodes, newly remastered in stunning HD from the original negatives for the very first time, plus the 1969 TV Special ""33 1/3 Revolutions Per Monkee""

We're excited to reveal the contents of this long-awaited collection. But first, check out the fantastic packaging - a lenticular 3-D cover mount that ""moves"" as you tilt it!

Disc 10 - BONUS DISC, AVAILABLE IN THIS STRICTLY LIMITED EDITION ONLY!

This collection is strictly limited to 10,000 individually numbered boxes and once those are sold out, this edition and bonus disc will never be available again. 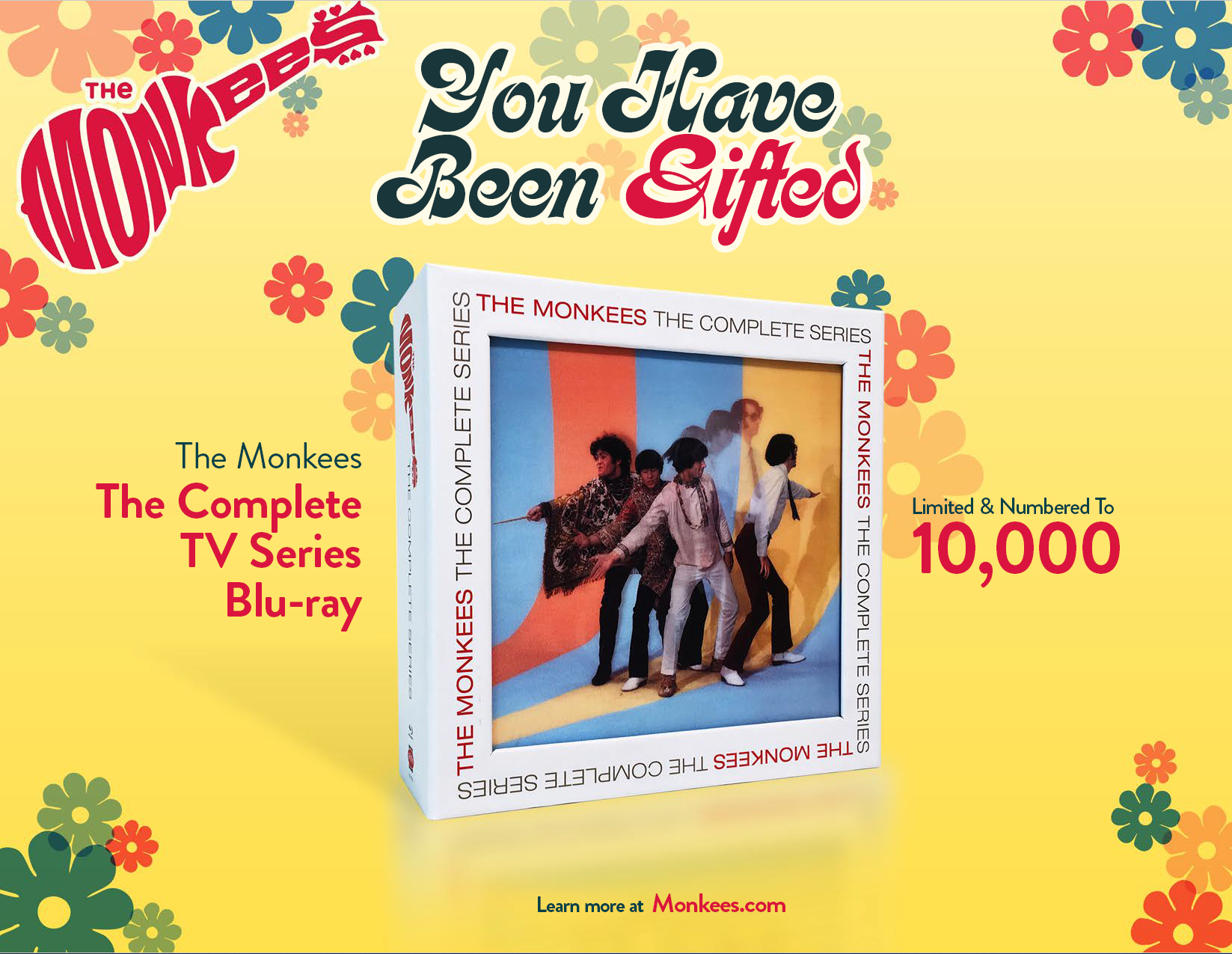